Two classes of a new light infantry brigade, the “Lions of Jordan” has been recruited in recent months and is being assigned to guard the eastern border of the Jordan Rift Valley.

Similar to the Caracal Brigade that guards the Egyptian border, the “Lions of Jordan” are not expected to mobilize for war.

These units are comprised of female soldiers. Ten more such soldiers have joined the “Sky Riders” who operate unmanned aerial vehicles (drones) in the artillery corps, and even as kashrut supervisors under the aegis of the IDF Rabbinate.

Statistically, 90 percent of IDF positions are open to women, including combat roles in the Navy, Home Front Command, Military Police in Judea and Samaria, and the Artillery Corps.

But in active combat roles – the “front line troops” – only five percent are comprise of females. And there have been protests about that, which forced the IDF to examine ways to broaden the field.

It’s taken a while for the army to make its decision but once made, the ruling is final: no women in the armored corps.

GOC Army Headquarters has been conducting a series of field tests over the past several months to determine whether, in fact, it would be useful or damaging to have women serve in tanks. The tests were conducted as part of the general IDF initiative to allow more women into combat units.

The trials, carried out in coordination with the Medical Corps, concluded with the decision that “integrating female soldiers into tanks was harmful,” a senior IDF officer told the Hebrew-language Ynet news site.

Among the difficulties identified in the tests were two major physical discrepancies between the women and men in tasks necessary within the combat compartment of the Merkava tank.

In addition, evaluators examined the level of intimacy required among soldiers who are forced to spend days at a time locked into a small cabin while on operational duty. The privacy of a female combat soldier could at times be severely compromised under such conditions, the IDF found.

Instead, the Army is reconsidering a past plan in which female combatants would be integrated into units which operate heavy equipment. Such combat engineers operate the armored D9 bulldozers while in enemy territory and during ground operations led by the Armored Corps and Infantry Divisions.

However, heavy equipment operators also are required to work for long periods, two at a time in cramped quarters, so this too is being scrutinized. 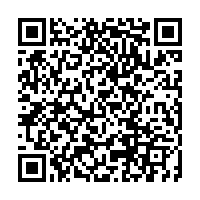