Speaking at the government’s official Jerusalem Day ceremony held at Ammunitition Hill, Netanyahu said, “We need to tell the truth without fear. This is where we began our path as a nation.

The priority, said Netanyahu, is to ensure that Jerusalem forever remains open to all who wish to worship within her walls.

When Jordan occupied the eastern portion of the Israeli capital, that was not the case – despite an original United Nations mandate directing that Jerusalem always remain an open, international capital of the world. Instead, barbed wire blocked off Jewish access to Judaism’s holiest sites, and to a great extent even Christian access to sites holy to that faith as well.

Filth and garbage was strewn all around and over the Western Wall, nearly burying the holy site.

“Only under Israeli rule will there be freedom of worship for all religions in Jerusalem,” Netanyahu said. “Believers pray at their holy sites not in spite of our rule in the city, but precisely because of it,” he noted.

“We will forever preserve an undivided Jerusalem under Israeli sovereignty,” Netanyahu vowed.

“Who opposes our presence in Jerusalem? Those who refuse to recognize our right to exist as a sovereign nation in our own state,” the prime minister said. “They see us as a foreign entity that needs to be uprooted.”

He added that just as the radical Islamists are terrorizing the rest of the region, so too are they aiming at Jerusalem – and after the heartbeat of the Holy Land, next will be the West.

“Sunni extremists like Da’esh (ISIS), and Shi’ite extremists like the leadership of the ayatollahs in Iran,” he pointed out. [They] “fight each other, but [then] they have a common enemy: the West and the open, free culture it represents.”

Netanyahu also warned against the nuclear technology deal being negotiated between Iran and the world powers led by the United States.

“We are opposed to that deal and we are not the only ones,” he said. “There needs to be a better deal.” 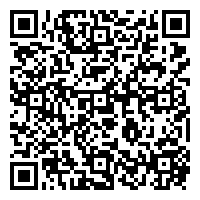