For the fifth Saturday in recent weeks, Arab and foreign agitators set up a new, illegal outpost in the south Hebron hills, which Israeli forces eventually moved to dismantle.

The IDF says it has driven out some 100 Arabs and foreigners from the site.


Early Saturday, Arabs set up steel-framed tents near the village of al-Tuwani, calling this encampment “Canaan.”

Younis Arar, coordinator of the popular committees in southern Judea and Samaria, told the Ma’an news agency that soldiers moved in on the 30 Arabs in the outpost.

“We began building the tents and were surprised when a large force of the Israeli army began attacking us and destroying tents and hitting us … We will try and build Canaan village again,” Arar said.

A Ma’an reporter said three journalists were detained, and the IDF spokeswoman said five Arabs and five Israelis were arrested for entering the area after it had been declared a closed military zone.

Yatta popular committee spokesman Ibrahim Rabee told Ma’an the protest camp was a stand against Israeli policies in the region.

“We are establishing Canaan on our land after our homes and water wells were demolished, and our people displaced,” he said.

The south Hebron hills area is under full Israeli military control, and its Arab residents have been complaining that Israel does not issue building permits and demolishes illegal homes and infrastructure—while supporting Israeli settlement construction in the area.

That could be news to local Israeli residents…

According to Ma’an, the IDF has established a closed military zone Just south of al-Tuwani, where the plan calls for the eviction of the residents of eight Arab villages, to make way for a new army training area.

The Canaan outpost is the fifth Arab outpost built and dismantled in recent weeks.

In January, the Bab al-Shams tent village was set up in an area where Israel plans to build the “E1” houses, connecting Maale Adumim to Jerusalem.

A week later, the al-Karamah (Dignity) village in Beit Iksa, northwest of Jerusalem, which is about to be encircled by Israel’s separation wall.

Another week later, Arabs set up the Al-Asra, or prisoners, protest village in the village of Anin, northwest of Jenin.

Finally, last Saturday, Arabs established the “Al-Manatir neighborhood” in an area of Burin village, which they say is slated for confiscation by a neighboring Jewish village. 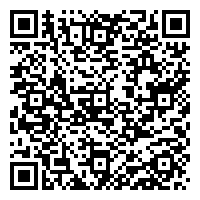