The IDF foiled an infiltration attempt into the town of Kochav Yaakov in the Binyamin Region.

Two Arabs trying to get through the town’s fence on Monday night, were spotted by the IDF, who opened fire, injuring one of them.


The injured man was taken to a Ramallah hospital, the second man escaped.

It was not the first attempt this week to infiltrate into the town. 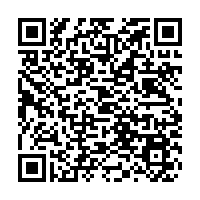