Last week’s Hamas abduction followed dozens of attempts to kidnap innocent Israelis. Since the beginning of 2013, Israel has foiled 64 planned abductions, many of them at the hands of Hamas terrorists.

Hamas’ recent abduction of three Israeli teenagers hardly constitutes its first attempt to kidnap innocent Israelis. In the past two years alone, the Palestinian terrorist organizations have planned 64 abductions. IDF and Israeli security forces have foiled all of these attempts, but kidnapping remains a central element of the Hamas terrorist strategy.


The Hamas terrorists prey on unsuspecting hitchhikers, luring them into cars before forcing them into captivity. The purpose of their efforts is often clear: to use civilians or soldiers as bargaining chips for the release of convicted Palestinian terrorists. In other cases, the terrorists seek to murder innocent civilians and instill fear in Israeli communities.

Since Thursday, Israeli forces have been searching extensively for Hamas terrorists who kidnapped three teenagers near the community of Gush Etzion. The three teenagers  – Eyal Yifrah, 19, Gilad Shaar, 16, and Naftali Frenkel, 16 –  were on their way home to their families when they were abducted. As part of their ongoing operation, IDF forces have arrested about 150 Palestinian suspects, many of them Hamas terrorists.

A history of Hamas abductions

Last week’s kidnapping is the latest in series of Hamas abductions. In 2006, Hamas terrorists infiltrated Israel, killing two soldiers and kidnapping a third, SFC Gilad Shalit. The terrorists held Shalit in captivity until in 2011, when Israel agreed to exchange 1027 convicted terrorists for his release.

In 1994, Hamas terrorists abducted Sgt. Nachshon Wachsman with the intention of trading him for terrorists. The Hamas operatives murdered Sgt. Wachsman while Israeli forces attempted to free him from captivity.  Two years earlier, Hamas abducted Sgt. Maj. Nisim Toledano, a border policeman on his way to work. Sgt. Maj. Toleando’s captors eventually murdered him, and his body was found two days later.

Two Hamas terrorists dressed up as religious Jews and kidnapped Sgt. Avi Sasportas in September 1989. It is assumed that they brutally murdered him just moments after he entered their car. In a similar event later that year, Hamas terrorists abducted Cpl. Ilan Saadon. Although he struggled against his abductors, they promptly shot him and discarded his body at a scrap site.

Israeli security forces prevent the vast majority of their kidnapping attempts, but terrorists invest considerable effort into abductions. In September 2013, a Palestinian terrorist lured Sgt. Tomer Hazan, an IDF soldier, to a village in central Judea and Samaria. After murdering Hazan, the terrorist confessed that he had planned to use the soldier’s body to bargain for the release of his brother, imprisoned for involvement in multiple terror attacks.

The Israel Secruity Agency (ISA or Shin Bet Security Sevice) prevented a major kidnapping last year when it arrested an Islamic Jihad cell operating inside Israel. After detaining the terrorists, the security forces found ski masks, adhesive tape, a box cutter and a handgun in their possession. The squad, which received funding and training from activists from Jenin, had clearly been preparing to carry out a kidnapping.

Early last year, Hamas operatives from the Gaza Strip were in the midst of preparations to kidnap an Israeli soldier. IDF forces arrested its members in February  2013, and discovered that its members planned to run over a soldier and then stow him away in a car.

Kidnapping is a constant threat to the safety of Israeli civilians. Eyal, Gilad, and Naftali are the three unfortunate victims of belligerent terrorism, but the IDF’s soldiers remain on alert to try and prevent these attacks. 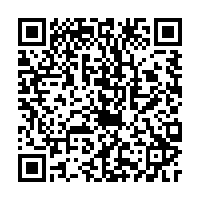