In one of the largest military drills ever held, the IDF has launched a three-day exercise to check on the army’s ability to switch from a daily routine to a wartime footing.

Hundreds of thousands of reservists have already received — or will receive — mock telephone messages from the IDF, beginning on Monday (July 27.)


Thousands are being told to report to their bases at very short notice – those messages will not be “mock” messages at all – and others are being asked to confirm that the call-up system works.

The call-ups are part of the planned set of military exercises for the year, a senior officer stressed. “This is not an actual call-up. We are not at war. This is part of the activities we are carrying out to ensure our readiness.”

Home Front Command was drilling its search and rescue battalions at a mock disaster site in Holon on Monday as well as in other locations.

Military traffic may be heavier for the next couple of days around the Tel Aviv Central Bus Station and city hall as well as around schools and shopping malls in various other cities, including Beit Shemesh and Herzliya.

Northern and Southern Commands are drilling their troops on responding to attacks from Lebanon, Syria and Gaza, IDF sources said. Israel Air Force air bases are also switching to emergency status and drill the teams on rapidly translating intelligence data into air strikes. The Israel Navy is testing its infrastructure, and the IDF Cyber Defense Unit is also testing its readiness for the first time.

The IDF Operations unit is drilling its soldiers on coordinating emergency functions in various locations throughout the country.

In the south, special exercises are being held using the information gleaned from operations carried out during last summer’s counter terror Operation Protective Edge in Gaza. Scenarios in those drills include responding to multiple rocket attacks from the terrorist-controlled enclave.

The military drills are expected to continue through Wednesday. 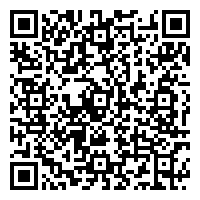