Shin Bet and IDF sources say they have made no progress towards locating Eyal Yifrah, Gil-Ad Shayer and Naftali Frenkel since the search for the teens began last Friday. They admitted that they have received no intelligence information about the kidnapping or about the boys possible whereabouts.

According to a report on the 0404 Hebrew-language news website, one IDF official said “there isn’t much new to report. The IDF is doing a lot in the field, and is essentially “plowing over” many areas that are plagued by terrorism.”


“We are waiting for the kidnappers to make contact. At the same time, we are continuing to try to find some hint of a lead. Beyond that, there isn’t much new to report,” said the security official.

While IDF troops have been frustrated by the lack of progress, senior Hamas continue on one hand to deny involvement in the attack, while also praising the abduction. Mohammed Nazal, a member of the Hamas politbureau and the groups representative to Jordan,  praised the kidnapping, calling the attack “a heroic capture” and “a milestone” for the Palestinian people.

Nazal’s support for the terror attack is consistent with Hamas support for kidnapping over the years. Last July, Hamas Prime Minister Ismail Haniyeh publicly lauded “the brave resistance, which has kidnapped and held [Israelis] captive, while liberating [Palestinian prisoners].” His statement emphasized the intentions behind Hamas abductions: to capture innocent Israelis and offer their release for convicted terrorists. 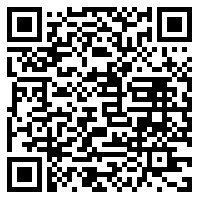