Former head of the IDF’s Manpower division General Hagai Topolanski removed the authority from battalion commanders to allow their soldier to grow beards (generally grown for religious reasons), and transferred that authority over to the Manpower division.

It was one of a series of controversial decisions Topolanski made that appeared designed to weaken the IDF’s rabbinate division and target religious soldiers.

After that decision was implemented, a number of religious soldier began to complain that they were not being allowed to keep their beards.

Topolanski later resigned from the IDF after his army-issues computer was stolen from his home.

The IDF has now revoked Topolanski’s decision and returned that authority back to field officers with the rank of colonel and higher, as long as the soldier in question has a recommendation from an IDF rabbi, according to a Rotter.net report.

Inspiration from Zion: Mother of Soldiers 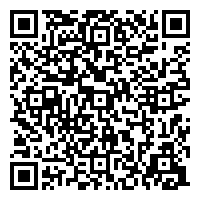