The Navy has selected Captain Or Cohen to become the first woman appointed as an IDF Navy ship’s commander, according to an IBA report.

Captain Or Cohen currently serves as a navigation and communications officer.

Cohen will be first appointed as deputy commander of a navy vessel, and following that will go on to take the Navy’s advanced commander’s course.

Naval commander General Ram Rothberg said this is part of the decision by the Navy to further integrate women into key command positions.

Women began to serve on IDF naval vessels in 1999. 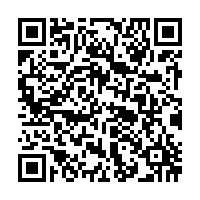