Since late Thursday night thousands of Israeli reservists have had to say good-bye to their families and answer the call of duty, as ground troops begin mobilizing for Operation Pillar of Defense.

Moriah Helman, 28, and her husband of 6 years Eliyahu, also 28, live with their three children in Talmon, a community northwest of Jerusalem and Ramallah. Eliyahu received his call on Friday morning as Moriah awoke to care for their youngest child, born one month ago.


“Eliyahu was instructed to pack a bag immediately and report to an undisclosed meeting point in a city close to his home. From there, he and his fellow reservists would be taken by bus to receive their equipment and then would be sent on to their destination. Once there, they would undergo a short training session before receiving their order, “ Moriah told Tazpit News Agency.

“Its mostly stressful, frightening” Moriah explains. “If G-d forbid something happens… But there’s no alternative…even with a baby at home and there’s work and life, this is what needs to be done.” The Helman’s oldest child, age five, seems to understand what is going on.

“He’s very proud of his father, and considers him a hero off to save the country and fight the bad guys. He’s seen his father off to the reserves a few times, and every time his dad leaves, his dad comes home. He doesn’t realize that things are different this time around, more dangerous” Moriah points out. ‘There was no way I could tell [Eliyahu] to stay home! says Moriah.

When asked her opinion on the current situation in the south, Moriah doesn’t miss a beat. “If I am not for myself, who will be for me?” she asks, quoting Hillel from the Pirkei Avot.

Maayan Dvorkin-Rynar, 25, also sent her husband off to the reserves, but living within 23 kilometers of Gaza, her routine has been punctuated by rocket attacks for months. Maayan and her husband Harel, 27, live in Kibbutz Massuot Yitzchak. According to Maayan it was clear that Harel would be called.

“Harel serves in a special unit, and is called to reserves at least once a month. Though accustomed to his being called away often, it is still upsetting not having him around. I have my family here on the kibbutz with me, so I have support, but it’s not fun being here alone.”

Because Kibbutz Massuot Yitzchak is in close proximity to Qiryat Malachi, Ashdod and Ashquelon, three cities which have bombarded by rockets since Wednesday, Maayan and her family have been living between sirens and booms. “We do what we can to continue living life as we know it,” she explains.

“I trust Harel that he’ll do his best and I hope that Israel’s operation in Gaza will lead to a significant outcome for the future, one where will no longer have to live under a state of living under constant threat of rocket fire. And Am Yisrael Chai!”

In Haifa, Elisheva’s husband, Avinoam has also been called. When asked if she feels safe living in Haifa, far away from Gaza and it’s rockets, Elisheva says, quite simply, “no place is safe. The south, Tel Aviv, up north, Hashmonaim…no place is safe. We’ll continue living life as we did two days ago…There’s not much I can do.”

Avinoam’s brother-in-law, Ze’ev, serving in the same unit, was also called into the reserves early Friday morning, much to his surprise. “I got the call at 6:45 AM,” he said. Since his release from compulsory service three years ago, this will be his first time serving in the reserves.

His wife Rikki came home from the gym to find her husband packing his bag. “I was pretty emotional, but I tried not to show it, I wanted to stay strong,” she explains. She is comforted by the fact that her husband and brother were called into the same place, and knows that “even if its hard and emotional, he’s doing what he needs to be doing. We’ll pray.” Even though it was difficult to see her husband off, Rikki believes in what he’s been sent to do.

“We believe in our country, this is what out our husbands have got to do to keep us safe.” 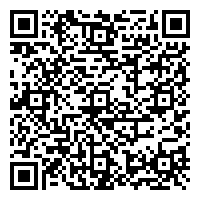