“They [Hamas] are  putting these rockets in schools, in mosques, near hospitals, even in homes. We have pictures of rockets in homes because they not only have a military strategy. They have a media strategy. They want pictures of civilian casualties to make the front page of newspapers around the world,” Oren said.


“We knew that terrorists in Gaza had Iranian-supplied long-range missiles. Our aircraft has managed to neutralize a great number of those missiles. Some of them were located in densely populated areas, in mosques, under schools and playgrounds,” Oren said.  “In one case, one of our pilots targeted one of those long-range missiles and then aborted at the last minute because he saw children playing in the vicinity.”

He added that 4.5 million Israelis, including Arabs – a total of half of Israel’s population –  have been threatened by Hamas rocket fire, which has led to Israel’s strengthening of Operation “Amud Anan”, Pillar of Defense.

“And here you see the type of price we pay for trying to avert as much as possible civilian casualties.”

Oren did not address the falsification and disinformation Hamas and its partners have used to attempt to villainize Israel in the eyes of the Arab world and international community.  In one instance, the Alqassam Brigades was found to have taken an image of a crying man holding a dead child which was taken in during the Syrian civil war weeks ago and attempted to pass it off as a picture taken in Gaza. 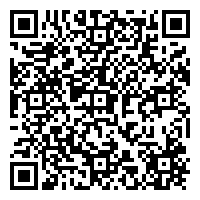