Israel’s government approved the immigration of the Bnei Menashe, an Indian tribe that claims Jewish ancestry.

The approval comes after a five-year gap since the last group of Bnei Menashe arrived in Israel.

Members of the group, who claim descent from the lost tribe of Menashe, must undergo a conversion process even though it is accepted as fact that they have Jewish roots.

The Cabinet on Oct. 25 voted to restart the tribe’s aliyah. A flight of more than 270 Bnei Menashe reportedly will arrive in the coming weeks, according to Army Radio.

The new immigration reportedly will be funded and facilitated by Shavei Israel, a non-governmental organization that helps locate and reconnect to Judaism and Israel the descendants of Jews.

Some 1,700 Bnei Menashe are living in Israel, and as many as 9,000 remain in India and Burma, according to the Times of Israel. 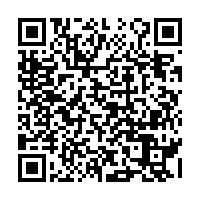