According to the announcement, the organization receives “financial and logistic support” from the Iranian Revolutionary Guards Corps (IRGC).


The organization’s “self-described goal is to depose the Bahraini government with the intention of paving the way for Iran to exert greater influence in Bahrain,” the State Department said. Secretary of State Mike Pompeo said in a statement that the terror group “plotted attacks against US personnel in Bahrain and has offered cash rewards for the assassination of Bahraini officials.”

Bahrain welcomed the American decision, calling it “a significant positive step taken to confront … [a] terrorist organization supported by the Iranian Revolutionary Guards.”

The Saraya al-Mukhtar, the “al-Mukhtar Companies,” is named for Mukhtar al-Thaqafi, the commander of one of the Shi’ite revolutions against the Umayyad Caliphate after the Battle of Karbala.

According to the Meir Amit Intelligence and Terrorism Information Center (ITIC), Saraya al-Mukhtar was founded with Iranian aid in 2011. Since its inception, it has carried out some 200 terrorist and guerrilla attacks in an attempt to overthrow the Bahraini government.

Its supreme source of religious authority is Iranian leader Ali Khamenei. On July 3, 2016, in an editorial for the anniversary of the death of Ayatollah Khomeini, the al-Mukhtar Brigades swore allegiance to his ideology, stressing “adherence to the path of resistance.”

In recent years its strength waned, and it carried out fewer attacks, in ITIC’s assessment because of the Bahraini regime’s successful counterterrorism activities.

In July 2017 the al-Mukhtar Brigades was designated as a terrorist organization by Bahrain, Saudi Arabia, the United Arab Emirates and Egypt, and in December 2017 by Britain.

Nevertheless, although it is the most prominent terrorist organization handled by Iran and has been active in Bahrain for almost a decade until now it has not been designated by the US. In ITIC’s assessment, the reason for the designation may be because the US has updated information indicating that the group is planning attacks against US personnel in Bahrain.

The US Navy’s Fifth Fleet is anchored in Bahrain, where the US has its largest naval base in the area of the Persian Gulf.

Iran, which has made claims to the Bahraini island since 1968, before the independence of Bahrain, has a tense and hostile relationship with Bahrain, which took Saudi Arabia’s side when it was in conflict with Iran.

The Islamic Republic of Iran was again named the world’s worst state sponsor of terrorism” in the US State Department’s Country Reports on Terrorism for 2019, a dubious title it has held for several consecutive years.

In the past, Tehran has spent as much as $700 million annually to support terrorist groups, including Hezbollah in Lebanon and Hamas in the Gaza Strip. However, its ability to provide financial support in 2019 was constrained by crippling US sanctions, the Coronavirus (COVID-19) pandemic and the global energy crisis.

In April, the US designated the IRGC, including its Qods Force, as a Foreign Terrorist Organization (FTO), the first time such a designation has been applied to part of another government. 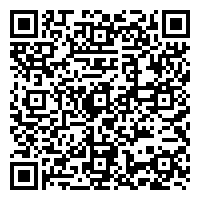