Eilat residents were awakened by at least two loud explosions this morning (Tuesday), with early media reports that missile fire was being directed at the southern Negev resort city.

Within minutes, however, the IDF clarified that a nearby Iron Dome installation had misfired two of its own interceptor rockets, and that no actual missiles had been fired at Eilat.


It is not yet clear why the system identified a target and triggered the indicator to launch. The launch itself is activated manually by the IDF soldiers.

There is a possibility that a low flying plane in the area caused the system to activate.

A passenger aircraft circling Eilat in a holding pattern at the time over the city’s airport further raised concerns on the ground, according to Walla! News. The plane completed its arrival pattern and discharged its crew and passengers safely.

Past attacks on Eilat have been launched by terrorists based in the Egyptian Sinai Peninsula. In late January, two rockets were fired at the city; one was shot down by the Iron Dome anti-missile battery. The Ansar Bayt al-Maqdis, an Al Qaeda-linked terrorist group active in Gaza and Sinai, claimed responsibility for that attack.

Where Am I: Palace

Heard Again In Poland: ‘Death to the Jews!’ 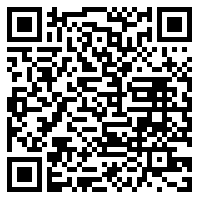