Just as Ben Mezrich’s new book “Once Upon a Time in Russia: The Rise of the Oligarchs” is about to be published, with what are expected to be authentic descriptions of the battle between tycoons Boris Berezovsky and Roman Abramovich, with a Warner Bros. movie already in production, the colorful owner of Chelsea soccer club appears to be moving his business to Tel Aviv.

Globes reported Monday that the 58th richest man on the planet, with an estimated fortune of $12 billion, has picked up a major asset in Israel, the lot on which stands the Varsano boutique hotel in gentrified, picturesque south Tel Aviv.

Abramowich paid roughly $25 million for the lot, which was owned by the Guy and Yaron Versano (married to Israeli Hollywood actress Gal Gadot—a.k.a. Wonder Woman), in the old neighborhood of Neve Tzedek, near the border of Jaffa.

The lot is less than half an acre in all, and includes the hotel, which is slated for preservation, as well as a parking lot, zoned for housing.

Now, Abramovich lives with his family in London, but he has been expressing an interest for a few years now, according to Globes, in buying property in Neve Tzedek.

Late last March, the media reported that Abramovich had arrived in Israel on his private jet and stayed at the boutique hotel Norman in Tel Aviv, where he engaged in several secret business meetings. Now it turns out that he was closing on the Varsano transaction. There was a report back then that he was spotted touring the old neighborhood.

Abramovich owns several luxury properties in London and the U.S., and now he owns a nice piece of Israel. He visits Israel with his family on the holidays. So the expectations are that he will convert the Versano into a residential facility and use the zoning rights to add residential space to use during his stay in Israel.

Last year, Abramowich and his family celebrated the Passover seder at the Genesis hotel down in Mitzpe Ramon.

He rented the entire hotel, naturally.

Abramowich has invested in many Israeli technology companies, like the transportation collaboration start-up Via, investment fund iAngels, the Storedot company developing rapid charging of smartphones, and AcousticEye, which tests tubes using sound waves.

So, is Roman Abramowich doing Aliyah? We have no idea, but he might as well—he owns a chunk of the place already.

This article was written by ILan Shavit. 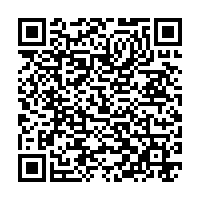