The Islamic State (ISIS) has posted a new video shows 17 captured Kurdish fighters being paraded through the streets in cages while shackled and wearing orange jumpsuits, the clothes worn by previous victims of beheadings.

ISIS terrorists carried black Islamic State flags and brandished AK-47 rifles as they escorted the cages on white pick-up trucks in the oil-rich northwest area of Iraq, north of Baghdad.


It is not known if the ISIS has executed the Kurds, but it probably is only a matter of time until the terrorist army finds another manner to kill the prisoners in a way to shock the world.

“They want to attract foreign fighters. They want to keep their reputation of being this ever-expanding caliphate — and for that, they need military victories,” Peter Neumann, director of the International Center for the Study of Radicalization in London, told CNN.

Kurdish forces, based by the U.S.-led aerial task force, have regained more than 150 villages in fighting in Syria, Al Arabiya reported Sunday. 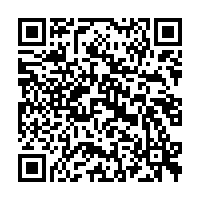