Over five thousand Israeli Arabs are estimated to make the Hajj each year. This past year, 2200 Gazans also made the pilgrimage, according to the Palestinian Authority’s Ministry of the Interior. The Hajj, one of the five pillars of Islam, took place from October 3rd – 7th.

One of the biggest concerns regarding MERS (Middle Eastern Respiratory Syndrome) is the Hajj. Every year, millions of people stream into Saudi Arabia, on pilgrimage to Mecca. Each one of these people becomes a possible vector for the disease – if they contract it, they can spread it to everyone they come in contact with when they return home. From a virologist’s perspective, this is a nightmare, and the effects it can have on public health are frightening.


MERS is a relatively new disease, having recently evolved to be able to infect humans. Until now, the disease was found in camels and bats and it was first discovered in a Saudi Arabian man. It has since been reported in various locations but seems to be most present in Saudi Arabia, with over 688 cases reported there. The disease has a mortality rate of 40% – making it one of the most deadly in the world.

As part of their efforts to be prepared for the possibility of a MERS outbreak among Hajj participants, the Ministry of Health circulated an information packet and treatment guidelines to the healthcare system in Israel, a spokesperson told Tazpit News Agency. There have been no MERS cases reported in Israel to date.

Besides working to prevent contagion from the Hajj, “the Ministry of Health is cooperating with the Ministry of Agriculture in studying MERS exposure in animals,” the spokesperson told Tazpit News Agency.

The Ministry of Health was not the only agency to take steps against MERS. As part of the efforts to combat the spread of MERS into Israel from the Hajj, the office for Coordination of Government Activities in the Territories (COGAT) “placed signs in English, Hebrew, French and Arabic and handed out information pages at Erez Crossing, with information about MERS”, said a COGAT spokesperson to Tazpit News Agency.

Besides MERS, the recent outbreak of Ebola in West Africa is also on the radar of Israeli health authorities.

Despite recent tensions, Israel and the Palestinian Authority are cooperating their efforts to prevent the Ebola virus from entering the region. Detection equipment was given to the Palestinian Authority, by COGAT, for use at the Allenby Border Crossing with Jordan and the Rafah Crossing between Gaza and Egypt. The equipment includes lab kits, hazmat protective suits, and a thermometer used to detect Ebola that can measure a person’s temperature without bodily contact.

Protocols and regular meetings to discuss the issue were agreed upon between the Coordinator of Government Activities in the Territories (COGAT) and the Palestinian Minister of Civilian Affairs. The Gaza Health Ministry will attend the meetings as well.

Palestinians suspected of being infected with Ebola will be sent to the hospital in Jericho. Lab samples will be sent from Jericho on to the World Health Organization.

From the Israeli perspective, besides being a potentially lifesaving measure for residents in Gaza, Judea, and Samaria, Israeli-Palestinian cooperation will also help prevent the spread of these diseases into Israel itself, keeping the public safe and healthy. 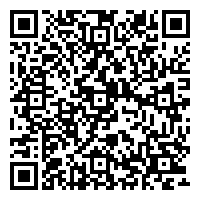