Arab terror suspect Ala’a Ziwad may lose his Israeli status in the wake of a recent decision to revoke or not renew the residency of anyone who harms the security of Israelis or the state.

Ziwad is charged with four counts of attempted murder and possession of a knife for racist purposes after having carried out a vehicle ramming attack at the Gan Shmuel junction near Hadera last October.


The terrorist has confessed to deliberately ramming his car into two IDF soldiers and then stabbing two more people before he was stopped.

Interior Minister Arye Deri said Sunday on his Facebook page he would not renew Ziwad’s father’s residency permit. He also said he would file a request with the Haifa District Court to start the process of revoking Ziwad’s citizenship: the terrorist’s mother is an Israeli citizen. 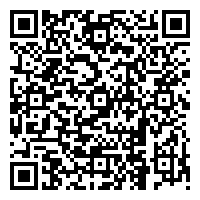