The Israeli government passed a modified version of the “Norwegian Law” bill on Sunday, as demanded by Bayit Yehudi in the coalition agreements. The law will go to the Knesset on Monday for a fast-tracked vote. It will require 61 votes to pass, as opposed to a simple majority, since it will be changing a “Basic Law.”

The original version of the law required that all government ministers from the smaller parties (less than 12 seats) quit their Knesset legislative positions, allowing other members from each’s party’s list to enter the Knesset.

The modified version that passed allows for a single minister or deputy minister (relevant to the Hareidi UTJ party which only has deputy ministers) from each of the parties to quit, allowing for a new MK to enter the Knesset in the minister’s place, including from the larger parties, such as the Likud.

Avigdor Liberman’s Yisrael Beyteinu, which is sitting in the opposition, is expected to support the Knesset vote.

The advantage of the law, is that at least some government ministers will not be distracted by full-time legislative Knesset duties and will be able to concentrate on their full-time executive positions.

In the current government, approximately one-third of the 120 MKs double as ministers or deputy ministers.

Ministers and deputy ministers can’t be members of various Knesset Committees, so this will allow more coalition members to participate in Knesset groups. Currently the few MKs who are coalition members, but not ministers, are sitting on more committees than they can reasonably handle.

It will also bring some new faces into the Knesset, who won’t be distracted from their legislative duties by having cabinet positions.

The downside, is that it appears that once a minister quit the Knesset, there’s no going back to the Knesset if their party quits the coalition or if they get fired.

Five ministers and deputy ministers are expected to take advantage of the law. 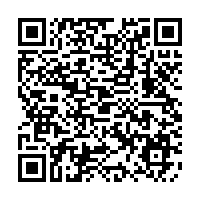