A group of former IDF soldiers, incensed over an Israeli NGO’s claims that they abused Palestinians during last summer’s fighting in Gaza, have taken to social media to fight the allegations.


Under the hashtag #my_truth in Hebrew, the soldiers, many of whom faced heavy fire from Hamas and other terrorist groups during the 50-day Operation Protective Edge, have begun posting stories of cases showing how they went to great lengths to avoid harming Palestinians. They also mentioned cases in which civilians took part in terrorist activity.

The goal of this initiative is to counter damning anonymous testimonies by other troops published by the NGO Breaking the Silence, which frequently publicizes claims that the IDF mistreats Palestinians.

Breaking the Silence touts itself as an organization of ex-soldiers who collect testimonies from troops who served in Palestinian areas since the start of the Second Intifada.

While claiming their goal is to “raise awareness over the everyday reality of serving in the occupied territories and to create a discussion about the cost of military control over a civilian population for so many years,” the NGO refuses to post the names of the soldiers who testify. They have also refused to pass along their accounts to the IDF’s Military Advocate General’s Corps for investigation, despite repeated requests by senior IDF officials.

As well, the latest report was itself published first in English and released to the foreign media. Breaking the Silence members routinely go abroad to share their testimonials on IDF activities, instead of taking their case directly to the IDF or civilian courts.

The latest counter-initiative to the NGO report began after Israeli left-wing Meretz MK Zehava Galon posted one such hostile testimony last Tuesday on her Facebook page.

In the allegation that she posted from Breaking the Silence, Galon quoted the following: “the unit identified two figures walking in an orchard around 900 meters from where we were posted. The figures were two girls. The observation post could not see them well, so the commander sent a UAV. The UAV marked them as dangerous. The unit directed an aircraft who fired on the girls, killing them. When the bodies were checked they had no weapons on them,” the allegation said.

Such accounts, which purport to show the IDF in a bad light, have prompted numerous counter claims from other IDF soldiers, who have attempted to portray a more positive view of IDF activities during the foray.

After reading the Breaking the Silence pamphlet, former IDF soldier Matan Katzman wrote on his Facebook page last Thursday that “during Operation Summer Rains in Beit Hanoun [in the northern Gaze Strip in 2006], we entered a house with a couple living in it. We asked them if they’re involved with Hamas, they said “no, not at all.” We asked them if they have weapons in the house, they said “no, not at all”. We stayed in the house for a couple of hours. When we left, we moved the couch and discovered an IED.”

The informal pro-IDF campaign by former Israeli soldiers also cited examples of humane and respectful behavior towards non-combatants during operations in the Judea and Samaria.

Avishai Shorsham recalled in a testimony that he wrote of his service on his Facebook page on Wednesday, that “During an operation in the Nablus Kasbah, while we are in the middle of a stakeout, an old man who lived in the house felt sharp pain in his chest. Without accordance with our orders, we evacuated him in the middle of the night while endangering ourselves.”

According to the organization’s website, the recent Breaking the Silence pamphlet was produced with the “generous support” of such foreign organizations as Christian Aid, Dan Church Aid, Human Rights and International Humanitarian Law, Secretariat and Open Society Foundations founded by George Soros. 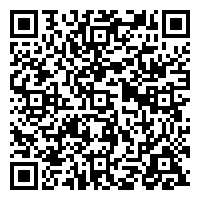