While Hamas and Hezbollah continue to dig terror tunnels in the hope of catching Israel unawares, the IDF has created the means of stopping the threat.

Project “Snake Pit” – used at the tail end of last summer’s Operation Protective Edge – is at least part of the answer to IDF prayers, experts say.

The Defense Ministry’s MAFAT research and development division teamed with operational teams at Rafael Advanced Defense Systems and the IDF to create the new secret weapon.

Snake Pit combines “a number of technologies” and “off the shelf” components, according to a Defense Ministry promotional video posted on the Hebrew language hareidi religious website, Rooms of the Hareidim.

The MAFAT video was part of a presentation at a closed-door ceremony honoring excellence in breakthrough technologies and developments in the field of Israeli security.

Also honored at the ceremony was IDF Col. Ofer Winter, commander of the IDF Givati infantry brigade that fought so hard and suffered losses during anti-tunnel combat in last summer’s war in Gaza.

Winter praised the ability of military researchers to “bring a real solution that contributed and achieved operational results” in anti-tunnel technology.

“You are going out to battle a specific enemy and you don’t want to get dragged into combat the way he planned it – so you need to know how to create an advantage over that enemy.

“It’s hard to imagine what would have happened, had we not had that technology and this solution,” he added.

Israeli defense contractor Elbit Systems is also actively engaged in the development of anti-tunnel technology and has been working on a system to ferret out signs of the deadly underground networks used by Iranian-backed Hamas terrorists in Gaza.

The Elbit system can uncover and pinpoint ongoing underground excavations via its advanced sensor system, and at last report was about to be deployed along the border with Gaza. 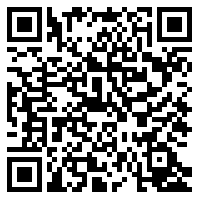