Around five in the morning, Wednesday, a 20-year-old foreign national from Africa burst into an apartment in the Yad Eliahu neighborhood in south Tel Aviv and started to molest an 8-year-old girl sleeping in her room, Israel’s Channel 2 News reported.

As a result of the attack, the girl began to cry and her mother, who was sleeping in the next room, woke up. When she entered her daughter’s room, she saw the intruder in the process of raping the girl, and ran over to try and stop him. In the fighting that ensued, the African stabbed the mother, who sustained light to medium injuries.

Moments later, the girl’s father woke up, realized what was happening and rushed to attack the intruder. According to police, the father, who studied martial arts, began beating the infiltrator, wounding him severely.

A Magen David Adom spokesperson said that the injured mother was taken to Wolfson hospital in Holon, with stabbing wounds in her upper body. The girl was also taken to Wolfson, for an examination.

The intruder who had been caught and beaten unconscious by the girl’s father was taken in critical condition to Ichilov medical center in Tel Aviv, connected to a respirator. He suffered a head injury.

The neighborhoods of south Tel Aviv have been infested with illegal migrants from East Africa, who crossed into Israel in search of work. Over the past decade, these illegals have become a dangerous burden on the already poor and under-served local population. The demands of south Tel Aviv residents that the Africans be removed has been met with little more than elitist sniggers by the Israeli press.

Attempts on the part of Israeli legislators and the Interior Ministry to manage the problem by systematically returning the illegals to their home countries have been dubbed racist. 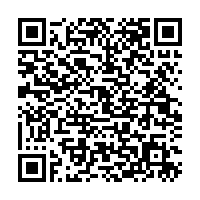