U.S. President Barack Obama has decided not to address the Knesset during his visit to Israel next week. Senior U.S. officials said that, after long deliberations and discussions, the White House decided that the president will address students from universities in Israel at the ICC (Binyaney Ha’uma) in Jerusalem.

That initial snub did not go unnoticed. The Prime Minister’s Office and a number of Knesset members passed messages to the White House saying they would be much happier if the speech took place in the Knesset. But senior U.S. officials have insisted that Obama decided to deliver his messages directly to the Israeli public, especially the younger generation, not just to politicians in the Knesset.


Has the president been following the recent changes in the Knesset? Many of the new elected MKs wouldn’t know a politician if they ran one over on their mountain bikes. But, obviously, Obama does not think much of national institutions in third world countries, or he wouldn’t be spending so much treasure overturning them.

On Tuesday it turned out that the White House has little respect for Israeli academic institutions as well. According to Reshet Bet, almost all of Israel’s universities received invitations to hear the president’s speech in the big hall in Jerusalem – with the noted exception of Ariel University.

Habayit Hayehudi MK Yoni Chetboun revealed this latest snub to Reshet Bet Wednesday morning, saying this was unacceptable, as Ariel is an officially accredited university, and its students—Jews and Arabs—are part of the Israeli public.

Ariel has over 600 Arab students, as well as the largest number Ethiopian university students in all of Israel.

The White House has refused to comment on Obama’s refusal to endow with his message of hope and peace Israelis who go to school on the wrong side of the “green line.”

MK Chetboun called on Ariel students to come greet President Obama outside the national auditorium in Jerusalem, if only to prove to him that they, too, exist.

According to recent news stories, the U.S. embassy (in Tel Aviv) is in charge of sending out the invitations to some 2000 Israelis, as well as 300 members of the press. It is possible, then, that the boycott against Ariel was not necessarily conceived in Washington, but right here, on Hayarkon Street on the shore of the Mediterranean.

Perhaps the White House will clarify this later today. 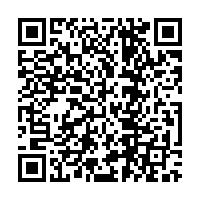