Israel native of Rishon Lezion, Ram Bergman, has been named a producer for two of the upcoming Star Wars sequels, according to the Jewish Business News website.

JBN said that science-fiction “nerds” around the world were excited to learn that television producer J.J. Abrams would take over the Star Wars ship. The site said that “only the most diehard of fans was not disappointed in the three Star Wars prequels that George Lucas wrote and directed back in the 1990s.”

Bergman first came to prominence in Hollywood when he directed the 2005 film Brick, about a teenager who becomes mixed up with a gang while searching for his girlfriend.

Later, in 2012, Bergman directed Looper, a sci-fi drama that starred Joseph Gordon-Levitt and that won sterling reviews, as well as the 2013 Don Jon, which was co-directed by Gordon-Levitt.

Jewish Business News noted that Bergman is also the director of A Tale of Love and Darkness, a screen adaptation of Amos Oz’s autobiographical novel. The movie stars Natalie Portman.

Inside Israel Today: May The Force Be With Israel [audio]

Reform Jediism, Not, It Is 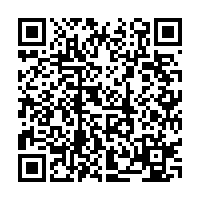