For those who focus on these kinds of things, Shlomo Sands, who teaches contemporary history at the University of Tel Aviv, is along with Ilan Pappe and a few lesser-known academics, the Jewish high priests of Israel-hatred.

Now Sands is about to use a public platform provided by the London Middle East Institute and the Centre for Jewish Studies at the University of London, SOAS (The School of Oriental and African Studies) to hawk his new book. His talk is entitled: “How I Stopped Being a Jew.”

This latest book is actually titled “How and When I Stopped Being a Jew,” but perhaps that didn’t fit as well on the invitations to his lecture at SOAS.

A loving review of Sands’ latest book appears in the Arab Center for Research & Policy Studies, a part of the Doha Institute. According to this review, the book focuses on expounding upon Sands view that Judaism is not a race, merely a missionary religion which aggregated to itself many different peoples and religions.

In particular, Sand focuses on what he insists are racist values in Israel and the growth of those same racist values even amongst secular Jews worldwide, “whose main role has been reduced to justifying Israel’s crimes against the Palestinians.”

Perhaps the most significant details which reveal what kind of country Israel really is – one which values freedom of speech and expression, perhaps to a fault – is that not only is Shlomo Sand a professor at an Israeli university, but the fawning reviewer of his book, Mahmoud Muhereb, received his B.A. in political science from the Hebrew University in Jerusalem.

The book-hawking event will take place on Tuesday, Oct. 14.

Must a Jewish State Be Zionist? 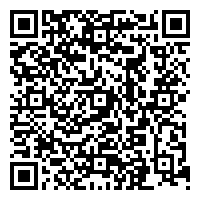