Professor Oded Goldreich, of the Weizmann Institute of Science, who was set to receive the Israel Prize in mathematics and computer science next week on Israel’s Independence Day, will not receive the prize this year.

The High Court of Justice ruled Thursday that Minister of Education Yoav Gallant can reconsider the decision made by the Israel Prize selection committee to grant Goldreich the prize following his support for boycotts against Israeli institutions.


The court gave Gallant 30 days to discuss the issue, at which point the Israeli Prize ceremony will have passed.

Goldreich signed a petition on March 23 calling for a boycott of Israeli academic institutions in Judea and Samaria.

Earlier in March, Gallant demanded that the Israel Prize selection committee rescind its decision to award Goldreich with the prestigious prize due to his support for the Boycott, Divestment, Sanctions (BDS) movement, which Goldreich subsequently denied.

Gallant cited a 2019 open letter signed by 240 Israeli and Jewish academics, including Goldreich, which called on the German government to reject its resolution equating BDS with anti-Semitism. The letter also urged Germany to continue funding organizations, including pro-BDS NGOs, which “peacefully challenge the Israeli occupation” and “expose severe violations of international law.”

Only eight days after Goldreich denied his support for the BDS, he signed a petition advocating the boycott of Israeli academic institutions in Judea and Samaria, notably Ariel University.

The petition, signed by 522 academics in Israel and abroad, called on the European Union to “ensure that its taxpayer-funded research programmes are not used to legitimize or otherwise sustain the establishment and the activities of Israeli academic institutions in illegal settlements in the occupied Palestinian territory.”

Godreich is also quoted as saying he will “be distressed to shake the hand of the two head bastards Gallant and Netanyahu, but it will be negligible to the distress of their stupid policy.”

The Zionist watchdog group Im Tirtzu, one of Israel’s leading advocates against anti-Zionist politicization in academia that first reported the petition, said that Goldreich does not deserve a prize from the state of Israel.

“The BDS movement and other anti-Israel movements are bolstered by Goldreich’s actions and by the actions of other Israeli academics who similarly sign slanderous petitions and support boycotts,” said Im Tirtzu.

Im Tirtzu added that “Goldreich’s desire to receive the prize is embarrassing given how negatively he views the country. If he was truly a man of principles he would boycott the prize as well. Either way, it is a shame that Israel is considering giving a prize to someone who slanders it and works to undermine its legitimacy.”

Im Tirzu further noted Goldreich’s long history of anti-Zionist activity, which includes signing a petition encouraging the United Methodist Church to divest from “companies that enable the occupation to continue,” accusing Israel of the “slaughter of large numbers of wholly innocent people” in Gaza, and signing a petition in “support and appreciation” of students and lecturers who illegally refused to carry out their IDF service in Judea and Samaria. 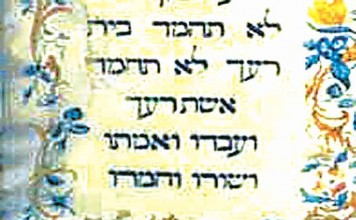 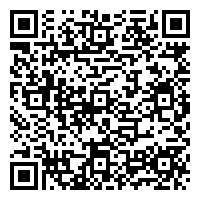