A small group of religious Jews did it. They accomplished what Israel’s foreign ministry could not in three years of attempted diplomacy – namely, to meet with representatives from the Turkish government and attempt to heal the rifts between Turkey and Israel.


This small delegation met with no less than twenty Turkish parliamentarians to discuss resolution to the flotilla incident in May 2010 and to move forward in positive Turkish – Israel relations. Four Rabbis met with, I’ll say it again, twenty members of the Turkish parliament. How did this small group of religious Jews manage diplomacy on such a large scale?

As Dr. Mordechai Kedar noted, “…traditional Islamic people find it easier to talk to traditional Jews who share the same cultural world, and perhaps it is time that the Foreign Ministry also understand this…. It is important for Israel to be represented in a way that will make it easier for our traditional neighbors to accept us, and that the state of Israel is not entirely secular and liberal.”

The outcome of the meetings is that a committee has been formed to bring resolution to the flotilla incident, and will include members of the Shas party. It is crucial to note that the talks emphasized the shared history and religious beliefs common to Jews and Muslims, which is a base that gives legitimacy to any conflict resolution. As Nissim Ze’ev emphasized in a brief interview on Turkish television, our belief in one God and respect for our prophets means “there is not a problem between the Jews and Muslims which can not be solved in good faith.”

Rabbi Ben Abrahamson, who was in attendance, hones in on this point, stating, “the United States Congress several years ago issued a non-binding resolution that the US government was based on Biblical principles. President George Bush indicated in Public Law 102-14, 102nd Congress, that the United States of America was founded upon the Seven Universal Laws of Noah.

I could envision a non-binding declaration by both Turkey and Israel saying legitimate and righteous government in the Middle East is based on Abrahamic principles and Noahide moral values, thus uniting all of us under our common heritage.” Conflict resolution would occur not in the court of public opinion, with the media at the helm, but according to Biblical principals and the moral values of the Patriarchs as our example. He also notes that in Turkey, “there is no question in their minds that Israel has a right to exist. Israel’s right to exist is a given.”

Indeed, the careful coordination of such a large group from the Turkish parliament, plus the reservations expressed by the Israeli foreign ministry, meant that press releases about the meetings were slow in coming. A few leaks on various internet news sites referred to “secret meetings” in which little information was shared with the press.

This was because the importance of the meetings was to mend relations, not to make headlines, and detailed discussions with the press while the meetings were happening may have derailed efforts at reconciliation. It may be that the secular media is simply not used to taking religious delegates seriously, especially when it comes to diplomatic relations. It could also be an indication of how our leaders applied the teachings of Shmirat HaLashon even at this high level in the public sphere. May it be an indication of further positive talks between the countries, handled sensitively and in line with Torah teachings.

You may have already read about these meetings on other news sites, but I wanted to bring them to the attention of the Jewish Press readership specifically to highlight what we can accomplish as religious people, and how ready parts of the Muslim world are to hear authentic religious voices from the Jewish people. We may be used to the separation of religion and state in the West, but in the Middle East, religion is the common language. In the Middle East, religion works.

See also:  Mordechai Kedar’s article, The Diplomacy of Rabbis (in Turkey and Beyond) with more information and analysis on the Turkish-Israeli meetings. 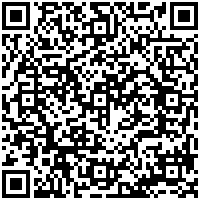