Israeli scientists at the Hebrew University of Jerusalem have tracked down a specific chemical compound in the cannabis plant, a cannabinoid called “cannabidiol” that researchers say can be used to treat diabetes.

The best source for cannabidiol, or CBD as it is called, appears to be hemp – a plant with no potential for abuse and which has no psychoactive properties.


Dr. Raphael Mechoulam is the researcher known for discovering CBD as well as his collaboration with researcher Dr. Ruth Gallily, also from Hebrew University. It was Mechoulam who discovered receptors for cannabinoids not only in the brain, but elsewhere as well, in other body tissues. The discovery opened up an entirely new area of research into how coucannabinoids could be modified to fit different receptors, and thereby treat different illnesses.
Meanwhile, the discovery is already heading to market. An Israeli company called ISA Scientific has recently signed a worldwide collaboration and licensing deal with Yissum, the technology-transfer company of Hebrew University, as well as Hadasit, the technology-transfer company of Hadassah Medical Organization of Jerusalem, and KIR, the Kennedy Trust for Rheumatology Research in the UK.

The agreement backs the creation and development of specific therapies using cannabidiol (CBD) by the inter-disciplinary research team headed by Mechoulam. KIR director and immunologist Sir Marc Feldman is also involved in the effort, as are Hadassah researchers and physicians Chaim Lotan, Lolan Weiss and Ronen Durst.

Phase I clinical trials on dosing and safety are now underway in Israel, according to ISA Scientific CEO Mark J. Rosenfeld. “Arrangements for Phase 2 trials on treating diabetes and chronic pain are in process,” he said in a statement.

Rosenfeld added that the firm’s Israeli research and development team had been working on the issue of an oral delivery system. Very little CBD reaches the bloodstream when taken by mouth, according to an article posted to the Israel21c news website, necessitating a more efficient system. The problem was solved “with propietary nanotechnology” currently being integrated into the firm’s clinical trials.

According to Rosenfeld, CBD seems to have no major side effects, and apparently does not affect activities such as work, school, sports or driving. More to the point, the company says in a statement on its website that it is working towards creating a way to “control diabetes into the medical market place.

“CBD may even help prevent diabetes.” 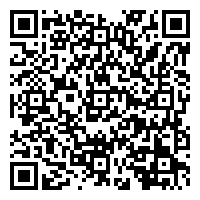