(JNi.media) When Howard Stern blasted Roger Waters for his evangelical BDS tactics, including the former Pink Floyd’s condemnation of the band Bon Jovi for having a concert in Tel Aviv (not even part of the “occupied” territories), Stern said, referring to a title of a Pink Floyd album, “Where does Roger Waters want the Jews to go? To the dark side of the moon?”

A team of Israelis may be doing just that, although on just a short trip, and to the lit side of the moon, not the dark parts. In fact, they will not only represent the first Israeli lunar mission, but may be the first team in the world to launch a private moon landing. SpaceIL, a startup developed by three Israeli engineers in 2010 is about to successfully meet the challenge of Google’s Lunar X Prize competition, and will use the prize money to encourage young people to become more involved with science. Google’s competition will give $20 million to the first non-government affiliated team to accomplish a soft landing of an unmanned spacecraft on the moon, travel 500 meters on, above or below the surface of the moon, and send high definition images back to Earth.


SpaceIL is headed by Eran Privman and his co-founders, Yariv Bash, Kfir Damari and Yonatan Winetraub. They are using nano and micro technologies to develop a relatively small, inexpensive spacecraft the size of a dishwasher. It employs the “hop” rather than the “rover” concept for traveling, to save mass. The spacecraft will land on the moon and take off again with the remaining fuel for a second landing to cover the required 500 meters.

Kfir Damari was a graduate of Israel’s elite 8200 intelligence army unit. His interest in science began early, when he was programming computers by the age of six, while his friends were toying around with transformers. He became a lecturer in computer science before collaborating on the SpaceIL project. Damari told the Forward that, following a presentation of the spacecraft, a child asked for his autograph. “The fact that I can stand on stage and say ‘I’m Kfir and I’m an engineer’ and get asked for my autograph is exactly the kind of excitement I’m looking to create.” Eran Privman served in the Israeli Air Force and holds a Ph.D in computer science with a specialty in Neuroscience at Tel Aviv University and the Weizmann Institute. Prior to heading SpaceIL, Privman held several executive positions at Amdocs, a market leader in customer experience software solutions. Yonatan Winetraub gained space experience at NASA’s International Space University and worked with satellite systems. Yariv Bash, another SpaceIL founder, is an electronics and computer engineer and has developed advanced GPS based products. One of the people working on the project is just 15 years old, Amit Levin, working on determining the best place to land the craft. He was recruited after a scientist from SpaceIL showed students photographs of the moon’s surface. “He was like a messiah to me,” Amit said, and added, “In school, you work for an exercise book, and a teacher has the answers, or the answers are in the back of a book, and you aren’t supposed to look. This is the first time I’ve had a challenge and no one has the answer. It is so exciting.”

SpaceIL’s objective isn’t just to make it to the moon or to win the contest, but also to create an “Apollo effect” in Israel and around the world, to stimulate interest in science, technology and mathematics. If awarded the prize money, SpaceIL plans to use it to expand space educational opportunities and to invest in the space industry which they hope will take off in Israel. 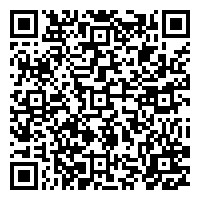