Only 12.000 entries by Jews to the Temple Mount were recorded last year, compared with nearly 4,000,000 for Muslims, according to statistic provided by the Ministry of Foreign Affairs.

That comes out to 0.3 percent.


There also were approximately 200,000 entries by Christians.

So what is this business about the Jews taking over the Temple Mount?

Even if police were to allow more Jews to ascend the holy site, the numbers would not increase significantly. The Chief Rabbinate forbids entry to the holy site for reasons of Jewish law concerning impurity since the destruction of the Second Temple.

An increasing number of rabbis permit entry to certain areas, but the number of Jews who have an interest in visiting the Temple Mount, where there is no visible sign of the Temples, remains tiny.

The most noise from Jews on the Temple Mount has been created by those who have to remain silent because they are forbidden to pray out loud.

Police enforce the restriction placed by the Muslim authority on the site, even though it contradicts the principle of freedom of worship.

Thoughts are allowed, at least for now.

The Jordanian-Israeli Peace Treaty specifically cites the freedom of access to all people to holy sites and even implies that prayer is allowed. However, the “status quo” accepted by Israel shortly after the Six-Day War honors the Muslim limitations.

The status quo protects the right of Muslims to pray on the Temple Mount, as well as the freedom of all people, whether Muslims, Christians, Jews or others, to visit the Mount. Visits

The recent series of attacks against Israelis is the direct result of incitement by radical Islamist and terrorist elements … [and] includes the spread of false claims against Israel, in particular regarding the status quo on the Temple Mount in Jerusalem.

The Palestinian Authority, including its chairman Mahmoud Abbas, are using inflammatory Islamic rhetoric to spread false and malicious claims against Israel, and treat those who engage in the murder of Israelis as heroes…..

Radical Islamists are bringing explosive devices, Molotov cocktails and other weaponry onto the Temple Mount, thus deliberately desecrating, damaging and endangering the holy site and turning it into a battle field.

The militarization of a site revered by all should be universally condemned. The aim of these elements is to change the status quo and to prevent visits by non-Muslims on the Mount.

Israel has guaranteed freedom to Christians and Muslims to visit all of their holly sites in Judea and Samaria and areas of Jerusalem that were under Jordanian occupation until the Six-Day War in 1967.

Jordan did not allow Jews and Christians to visit their holy sites, except in rare circumstances when a foreign Christian leader traveled to Israel. 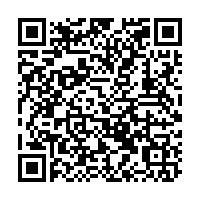