(JNi.media) The wave of terror that began in October has led to a decline in incoming tourists to Israel. According to data published on Monday by the Israeli Central Bureau of Statistics, 290,000 tourists came to Israel in October, representing an increase of 5% compared with October 2014, but still a decrease of 14% compared with October 2013. October 2014 was near the end of operation Protective Edge in Gaza, and incoming tourism to Israel was still in a sharp slump.

The Ministry of Tourism director general Neta Briskin-Peleg said on Tuesday Israel is counting on an increase in the number of tourists visiting after Russia cancelled all flights to the Egyptian resort of Sharm el-Sheikh. On Friday, Russia suspended civilian flights to all of Egypt, including Cairo, over security concerns following the Airbus A321 crash.

But tourists who fear ISIS bombs in Egypt will have to overcome their fear of being stabbed in Israel. With the wave of terror in full waving, the tourism sector feared cancellations for the upcoming winter season and a slowdown in orders. But many in the industry insist that the tourists who ordered tickets in advance months ago are keeping their reservations, and significant cancellations have not been recorded. Still, the CBS data show an impact of terrorist incidents—which are being reviewed regularly and widely on world media—have immediately impacted tourist traffic to Israel.

Last month, the Tourism Bureau estimated that the incoming tour cancellations for the winter season will be about 25%, and that continued publicity of the violence in the foreign media is bound to encourage more tourists to refrain from vacationing in Israel. 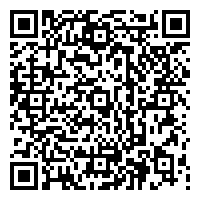