Along with the much needed rain that drenched Israel this past weekend, Tel Aviv experienced a different kind of rain – chocolates galore – at the city’s annual Chocolate Festival.

From chocolate shwarmas and kebabs, to chocolate jewelry, sculptures, and even a chocolate spa, the festival took place at the old train station in Yafo (Jaffa).


The three-day festival that began on Thursday featured top Israeli chocolatiers and chocolate-makers from across the country and an array of chocolate-related activities for visitors of all ages including chocolate sushi-making. Organized by Yael Rose, an Israeli living in London who has facilitated chocolate festivals across the United Kingdom for years, the Israeli festival attracted some 20,000 people this year.

“We took three things into consideration when organizing this year’s festival,” Eran Levy-Zaks, the press consultant for the festival, told Tazpit News Agency. “We had to choose a time when the Middle Eastern climate was conducive to chocolates – the cool weather in February is always great. And with Valentine’s Day and the general fact that Israelis love festivals, we decided that this was the time to do it.”

While the chocolate industry is not a large one in Israel, people traveled both near and far to attend the second annual Chocolate Festival. The chocolate stalls during the festival were packed, and even the rain didn’t keep too many people away.

Meital, a university student, traveled all the way from Haifa to try the chocolates. “It’s a unique experience and worth the trip,” she explained to Tazpir. “And I love chocolates – especially the sweet variety.” Next to her, Samira, an Arab Muslim  who walked from nearby Yafo, explains that she came the previous year and had to see what was in store for this year’s festival. “But bitter chocolate is my favorite,” she added.

Perhaps the festival’s most unusual attraction was a chocolate spa, run by Marina Kuzmenko, an owner of a spa in Nahariya which provides chocolate peel treatments to clients. Her chocolate concoction, which is 100% cocoa-based, remains a secret recipe and is inedible, explains Marina, who made aliyah from the Ukraine 15 years ago. “The chocolate is good for your skin and leaves it feeling soft and smelling like chocolate for days,” she says. 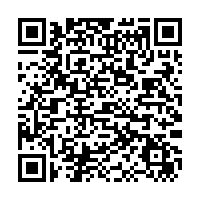