The first utility-scale solar power field in East Africa will be built on land belonging to a Jewish-sponsored youth village in Rwanda.

The nearly $24 million project was announced Monday by Yosef Abramowitz, the president of Gigawatt Global Cooperatief, which arranged for its financing.

Construction has already started on the solar field on land belonging to the Agahozo-Shalom Youth Village  for orphans from the 1994 Rwandan genocide and founded by the late Anne Heyman, who died earlier this month in a horse-riding accident in Florida.

The solar field will feed electricity into the national grid under a 25-year power purchase agreement with the Rwanda Energy, Water and Sanitation Authority. It is expected to be operational this summer.

Abramowitz called the solar field, which will provide an 8 percent increase in the country’s energy supply, “a game-changer for humanity and the environment.”

The youth village is leasing land to the solar facility and will use the proceeds to fund its charitable mission.

“Anne Heyman, our founder of blessed memory, held to a vision in which the village practiced tikkun olam, the Jewish teaching to help heal the world,” said Laurie Toll Franz, the youth village’s newly elected board chair. “In addition to our work with Rwanda’s most vulnerable children, we’re now helping to improve the lives of thousands of people through sustainable electricity generation.” 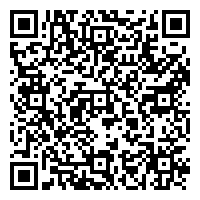