Jerusalem Mayor Nir Barkat put his body on the line Sunday morning, separating a fight while cycling from home to work.


On his way to City Hall at Safra Square, Barkat stopped to separate two men brawling in the middle of the road. The men appeared to have been involved in a traffic accident.

Not pausing for a moment, the mayor single-handedly intervened, stopping the fight. He then called the police and paramedics, staying at the scene until the authorities arrived.

The former hi-tech entrepreneur is no stranger to conflict. Barkat served as a paratrooper in the IDF, retiring with the rank of Major. He was injured in combat, after leading his soldiers into battle on the frontlines of the First Lebanon War.

Serving as the mayor of Israel’s capital since 2008, Barkat is also known to jump into harm’s way to protect the wellbeing of his city’s residents.

In 2004, Barkat saved the life of a number of passengers, including a 16-year old girl, after running into a smoldering bus in the aftermath of a Palestinian suicide bomb attack.

Earlier this year, the 55-year-old happened to be on-hand after a stabbing attack near City Hall, where a Palestinian youth attacked an ultra-Orthodox Jew.

Once again demonstrating his hero credentials, Barkat tackled the terrorist to the ground, before treating the victim and even helping police direct traffic.

The report made headlines worldwide, earning the mayor favorable comparisons to Batman, among other vigilante heroes. 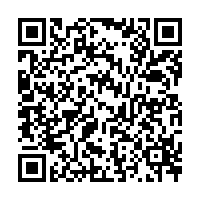