Today, Jerusalem is on the cutting edge of urban development that not even Tel Aviv can approach. The light rail that is already operational has given the center of the city an almost European feel, and the work underway to build a train station in the International Convention Center will make the center of the capital even more accessible.

Visitors to Jerusalem are welcomed by the boldly designed Calatrava Bridge. Planners and developers are also in the process of constructing the new Cinema City complex, which will become a major leisure and entertainment center. These are just the initial indicators of the profound aesthetic transformation which Jerusalem is undergoing, and it compliments the spate of high-rise construction which the city is hard at work in advancing.

There are currently dozens of high-rise construction projects that are progressing toward the final stages. Soon, the entrance to Jerusalem will be dotted with buildings that reach as much as 32 stories high. Most of them will be office buildings that serve commercial ends. There has also been a renewed momentum when it comes to the building of residential complexes. In the last five years, changes to the city’s master plan have accommodated the planing and construction of high-rise residences.

“The master plan dramatically changed the moment it was decided to cancel the Safdie plan in west Jerusalem (which included the construction of 20,000 apartments in undeveloped areas),” said Dalit Zilber, the Interior Ministry’s Jerusalem District Commissioner. “Instead of expanding westward, today we are talking about moving inward and thickening the interior of the city through renewal and renovation. We are carefully examining and scrutinizing every project, and we are taking great pains not to exceed the guidelines of our policy.”

In recent years, the Jerusalem skyline has been altered by a number of high-rise towers that were built without a clear policy in mind. The most glaring example of this is the Holyland project, which was built in the southern part of the city atop a ridge that hovers 700 meters above sea level. The sprawling complex stretches across 162 dunams, and it can be seen from almost any point in the city.

Initially, a scaled-down version of the plan, which was intended to serve tourists, was approved. As time went on, however, more additions were incorporated into the project, and the construction expanded to include more apartments and hotels. In total, Holyland encompasses 17 towers that stretch between 18 and 20 stories high, with the exception of two towers that reach 31 floors. Overall, there are 1,000 apartments in addition to a hotel.

Thus far, just eight of the 17 buildings have been completed. A few years ago, a police investigation revealed that some of the plans at the site were approved in exchange for bribes offered by the project’s contractors. This led to changes in the original plan. Last year, the Interior Ministry decided to reduce the scale of the plan, erasing a few of the towers that were scheduled to be built.

Another residential complex that has become very difficult to ignore is the Jerusalem of Gold project, which lies at the corner of Rabbi Akiva and Hillel Streets. This large, upscale apartment complex, which was initiated in the 1990s, includes two residential towers that reach 25 floors and include 209 apartments. The plan was built despite opposition from local residents.

Another tower that takes up prominent place on the city’s skyline is the Seidof Tower, which is located on the corner of Jaffa and Eliezer Streets, not far from the Mahane Yehuda open-air market. The project was initiated and developed by a number of private individuals and businessmen who initially proposed that the building include no more than seven floors of apartments. Shortly afterward, their appetite was whetted, and plans changed, rendering the project a high-rise tower. 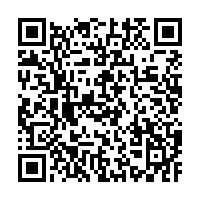