Nadia Matar and Yehudit Katzover of the “Women in Green” movement, also known as “Women for the Future of Israel,” have appealed on Thursday morning to Israel’s Supreme Court asking that the Jerusalem Police be made to permit them to conduct their walk around the walls of the old city of Jerusalem on the night of the 9th of Av, as they have done for the past 18 years.

The 9th of Av is a day of mourning and fasting for religious Jews, commemorating the  destruction of two temples, as well as many other catastrophes in Jewish history.


The appeal, submitted through the Dean of the Faculty of Law at Shaarei Mishpat College, Dr. Aviad Hacohen,  argues that the Police announcement that it would not permit the walk for security reasons constitutes a harsh and disproportionate assault on freedom of speech and freedom of movement in Israel.

The appeal of the Police rejection of the 9th of Av walk came, quite inadvertently, one day before the first Jerusalem Slutwalk, in which some 160 skimpily clad women will be marching in the holy city to protest sexual harassment.

The walk organizer Or Levi (22) said she had come up with the idea after a woman on King George Street in Jerusalem called her a whore for wearing a skimpy attire.

The original Slutwalk, in Toronto, Canada, began last year when a police constable said publicly that fewer women would be harassed and raped if they didn’t dress like sluts. Women’s response in several major Western cities has been to conduct marches in which they insist on dressing provocatively to make the point that no one has the right to assault them, no matter what they’re wearing.

Despite the fact that in Jerusalem the insult was not uttered by a man but rather by a woman critical of Levi’s choice of dress, she insisted, along with other women, on responding with a walk under the Hebrew banner “Tza’adat Ha’Sharmutot,” which actually means “Walk of the Hookers.”

According to Nadia Matar, the Police reason for changing the 9th of Av route which traditionally has circled the Old City wall had to do with the fact that this year Ramadan falls on the month of Av and the walk would therefore provoke an Arab hostile reaction.

“This is an affront to Israel’s sovereignty over Jerusalem,” Matar told the Jewish Press. She was not prepared to comment on the Slutwalk, but did mention that the attorney for the “Women in Green” told the court his clients were being discriminated against while so many other groups have no problem receiving permits.

She suggested the Slutwalk could be used by her attorney Friday as yet another example of police preferential treatment.

Mattar said Attorney Hacohen told the court that if Police are concerned about Arab reaction to his clients’ late night walk around the city walls, they should make sure no Arabs are permitted to go near the participants.

Mattar added that Police have prohibited the Flags Dance on Jerusalem Day next week in Jerusalem, also for security reasons.

“It just sheds light on who the Police are and who we’re dealing with,” Matar said. “Eighteen years ago, when we planned our first 9th of Av walk and the police immediately refused us, we went to the High Court with Dr. Aviad Hacohen, and now, 18 years later, we’re going again with him, and we hope to win again.”

Meanwhile, Police in Jerusalem has also prohibited a march that was scheduled for next Sunday, with some 200 of the Temple Mount Faithful who were planning to march with 20 sheep from the city’s central bus station to the top of Temple Mount in protest of Police collaboration with the Arab Waqf agency which controls access to the Temple Mount. 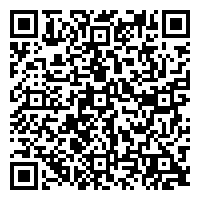