About a month ago, we began the Passover Seder by asking “the four questions,” which led to a narrative explaining how the Jewish people were freed from Egypt. We are now in the midst of a forty-nine day process of spiritual growth in which we prepare ourselves to receive the Torah.

Unfortunately, this period of anticipation has also been marked by tragedy. We recall the plague which killed 24,000 of Rabi Akiva’s students, a consequence of their lack of respect for one another that hindered their ability to transmit the Torah to the next generation.


We also mourn those Jews who perished during the massacres of the Crusades, which were particularly harsh at this time of year. These events were the result of severely fractured relationships which lead to the destruction of the 2nd Temple and left us vulnerable to such tragedies.

Sadly, unlike our freedom from Egyptian slavery, the bondage of disunity and insensitivity towards each other remains. As we approach Shavuos, perhaps a different set of “four questions” can lead us out of the pain that has imprisoned us for so long:

1) Do I Strive To Feel The Pain of Those With Whom I Disagree?

Sometimes we are so consumed with the validity of our position in a dispute that there is little room to see either the perspective of another or the emotions behind it. Beneath the substance of an issue may lie a frightened coworker fearful of losing a job; a vulnerable spouse projecting childhood fears onto his or her partner, a distraught community activist wondering how her vision for the future is endangered by opponents to her project.

Even in facing broader societal issues, these feelings can be present. Can the secular Jew angry at what he perceives as religious coercion understand the pain of an elderly rabbi who has spent a lifetime working to maintain a tradition he knows is the will of G-d? And can this same rabbi feel the pain of the secular Jew growing up in a totally different social context where it is axiomatic that one should be able to do as he pleases as long as no one is hurt. Do the “hawk” and the “dove” arguing with one another over issues of how to protect Israel see the underlying ideals behind each other’s position?

This first question doesn’t ask us to change ourselves or the other in regards to the substance of an issue. As Miriam Kosman has written in a recent article for The Jerusalem Post:

“(W)e can’t even begin to move towards each other before acknowledging that an ‘other’ exists—and an ‘other’ by definition, has a different perspective. Hearing the other doesn’t mean we will ever agree with each other. It just means we can begin to fathom the internal integrity of how the other person grasps the world, how his life and worldview are based on his own set of values and insights. It means we do not automatically dismiss and deride but try to discern the grains of truth and consistency that invariably exist, buried though they might be under a wrapping that is unfamiliar to us.”

Much of the emotional baggage which exacerbates a conflict comes not from the other person, but from within oneself. For example, if we come at someone with a barrage of angry and sarcastic remarks, it could simply be a form of protection from a harsh inner critic threatening to accuse us of being too stupid, naive, lazy, etc. if we “lose” the argument.

What if we could replace this critic with a more compassionate inner voice that was more accepting of our circumstances and limitations?

For example, imagine a single parent called in to meet with her child’s teacher concerned about his behavior. Even before the meeting, the parent is already blaming herself for not spending enough time with her child because of her need to work and make ends meet. She chastises herself for not going back to school so she can get a better job. She compares her cluttered home with that of her meticulous neighbor and feels like a failure. With this state of mind, would it be a surprise if the mother lashed out at the teacher, her child, or both? Her sense of self is so depleted from the relentless critical self-talk, she can’t bear to feel even worse when hearing the teacher’s comments.

But what if this same parent validated herself for all the positive things she was doing to stay afloat under a very trying set of conditions; if she could give herself the same emotional support she would offer a close friend in a similar situation? With a greater sense of self-compassion, would it be unrealistic to think that this parent would now respond to the teacher and her child in a more calm and reasonable manner? Of course, a certain amount of self-evaluation is necessary. But too often this gets out of control and leads us to a place of anxiety and fear, and a greater likelihood that our words will create toxic relationships with others. Ironically, this damage could be more harmful and enduring than the mistake we made in the first place. 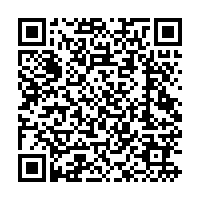