“Will my Honorable friend take action against those MPs who use the conflict in Israel to make inflammatory statements about Jews,” Halfon – the descendent of Libyan Jews, according to The Jewish Chronicle – said in parliament this week.

Halfon was referring to statements by two Liberal Democrat lawmakers, David Ward and Chris Davies, who on the eve of International Holocaust Remembrance Day last month suggested Israel shouldn’t be judged according to special standards because of the Holocaust.

Ward said in statement: “I am saddened that the Jews, who suffered unbelievable levels of persecution during the Holocaust, could within a few years of liberation from the death camps be inflicting atrocities on Palestinians in the new State of Israel and continue to do so on a daily basis in the West Bank and Gaza.”

After being reprimanded by his party whip, Ward said he should have written “the Jewish community” instead of “the Jews,” a comment which could lead to further disciplinary action, according to The Jewish Chronicle.

Davies, who represents the party in the European Parliament, wrote on Twitter: “Why do people who have suffered so much now inflict suffering upon Palestinians?”

In his filmed address in Parliament this week, Halfon added: “Does he [partly leader Nick Clegg] not realize that his party is getting a reputation, sadly, amongst some of its senior members for being hostile to Jewish people?”

Clegg replied: “I am unambiguous in my condemnation of anyone, from whatever party, including my own, who uses insensitive, intemperate, provocative and offensive language, to describe a long-running conflict.”

He did not say if the two lawmakers would face disciplinary action. 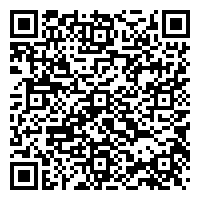