Ateret Kohanim Wednesday night moved into a building vacated by an Arab family and which was formerly owned by Jews before the British Mandate expelled them.

A Jerusalem court formerly ordered that the Arab family leave the building, which was a Yemenite synagogue nearly a century ago.


The municipality of Jerusalem said the entry of Jews into the building was a civil issue since it is registered in the name of Ateret Kohanim.

The Palestinian Authority wrote on its official WAFA website that Jews took over three apartments that it said is owned by Arabs.

The former Yemenite community in Silwan, located across from the Old City, is a classic example of the Palestinian Authority’s rewriting history.

There is no question that Arabs lived in the homes. However, the foreign press and the Palestinian Authority never refer to the other half of the truth. Yemenites moved into the Silwan neighborhood in the late 19th century and later moved into new houses in “Shiloah Village,” built with the help of wealthier Jews.

The Arab Revolt in the 1930s achieved one of ties desired results. British authorities expelled the Yemenites.

The Arabs tale is that the Arabs and Yemenite Jews lived in peace and harmony but that the British moved the Jews out of the area just in case someone might attack them.

Part of the history has repeated itself. Arabs till try to attack Jews, but the British Mandate has been replaced by the State of Israel. 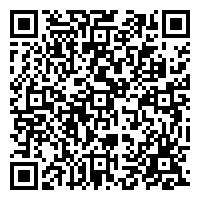