Jewish residents in two communities in Samaria protested massive firebomb and rock-throwing attacks by Palestinian Authority Arabs by turning the tables on them and blocking a major highway with burning tires Monday.

Approximately 150 residents of the Neve Tzuf and Ateret communities in the Binyamin region closed off a section of a major artery for nearly an hour, preventing PA Arab vehicles from traveling in both directions.

No one was arrested, but IDF soldiers kept the protesters and stranded Arabs apart.

The demonstrators told the soldiers that they had no intention of causing a confrontation with the IDF and that they simply wanted to protest the lack of security following a massive rock-throwing attack that smashed windshields and caused body damage to five vehicles. The activists pointed out Jews are under a constant threat of Arab attacks and cannot drive freely on the roads, while Palestinian Authority Arabs are free to do so.

Jewish residents in the area have suffered a significant increase in attacks since the IDF reduced the number of troops patrolling the roads. At least one shooting attack recently occurred when a Palestinian Authority Arab fired at a car waiting at the gate at Neve Tzuf, where the IDF recently removed a guard post.

Community leaders told Tazpit, “We want to send a clear message that the daily situation, in which Arabs block roads and attack us with firebombs and rocks, is insufferable. It is totally unreasonable that we and our wives live under a form of imprisonment and Arabs continue to live their lives freely.”

They warned, “Today’s action is only the first small step among others that we are planning if the situation does not change for the better in the very near future.”

Earlier in the day, Arab protesters shut down highway 60 next to Efrat.

Israeli Soldier Set On Fire by Arab Terrorist in Hebron 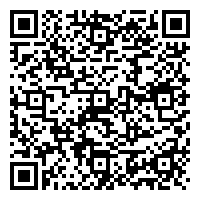