A group of Florida teenagers have devised a local version of the popular college beer pong drinking game. But in contrast to the traditional contest in which two teams gather on opposite sites of a table and try to bounce a ping pong ball into a plastic cup filled with booze, the Florida version has a charming new twist: The groups divide into teams of “Jews” and “Nazis.”

According to an image posted on the Imgur website, “The Nazis start the game off with “blitzkreig”, with each “Aryan” player shooting freely into the “Jewish” cups until one misses. Jews are allowed to designate an “Anne Frank Cup” that can be removed from the table and hidden anywhere in the room. To balance out that unfair advantage, the Nazi team has the right to call “Auschwitz,” meaning one Jewish player is “selected” to sit out.


“Also, throughout the game you are supposed to talk a lot of **** and say as many racist things as possible to make it more enjoyable,” according to the website.

Because US college campuses clearly aren’t antisemitic enough as it is. 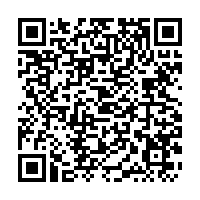