Doctors are hopeful that they can bring Jewish comedienne Joan Rivers out of a medically-induced coma by Sunday after she suffered cardiac arrest during minor throat surgery in New York on Thursday.

Her condition has been upgraded from “critical” to stable, but it is not known if she suffered brain damage due to lack of oxygen before arriving at the hospital.


“Her family wants to thank everybody for their outpouring of love and support. We will provide an update on her condition as it becomes available,” according to spokesman for Mt. Sinai Hospital in New York.

Her daughter Melissa flew in from California with her son to be by her 81-year-old mother’s side and said she is an “emotional wreck.” Melissa stated, “My mother would be so touched by the tributes and prayers that we have received from around the world.”

Rivers was a pioneer in opening the field of comedy to women and first become widely-known with an appearance on the Tonight Show in the days of Johnny Carson.

She made headlines during the war with Hamas by her solid support for Israel and her disgust for Hamas, going so far as to say that civilians in Gaza “deserve to be dead” for allowing them to be exploited by terrorists.

“The dead? You deserve to be dead. You started it. Don’t you dare make me feel sad about that,” she said in one interview. 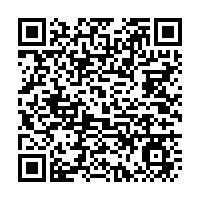