US Secretary of State made an unexpected visit to Beirut, Lebanon on Wednesday calling on the country to pick a president and end the political stalemate.

Kerry also spoke about the Syrian refugees, pledging more US money to help them, and addressed the Hezbollah terror group as a legitimate player in Lebanon and Syria.

And I particularly call on those nations directly supporting the Assad regime – in what has become a grotesque display of modern warfare by a state against its own people – I call on them – Iran, Russia, and I call on Hezbollah, based right here in Lebanon – to engage in the legitimate effort to bring this war to an end.


According to Lebanese law, the Lebanese president needs to be a Maronite Christian based on the fragile agreement that keeps the country from falling back into civil war.

But a new president hasn’t been chosen because Hezbollah either doesn’t like the candidates or simply wants to remind everyone of who is really in charge, so their associated lawmakers have been boycotting the meetings.

But to some it appears that Kerry’s visit went beyond the political push for stability in Lebanon or helping Syrian refugees, and it was actually a message to Israel.

By Hamas’s own admission, the formation of the Palestinian Unity Government (PUG) between Hamas and Fatah, is based on Hezbollah’s model in Lebanon.

In that model, Hezbollah terrorists participate in the government, while still getting to run their own very large and independent army. In reality, Hezbollah controls most of Lebanon.

Hilal Khashan, a professor of political science at the American University of Beirut, write in Middle East Forum:

Hezbollah has indeed gone a long way to achieving its objective of controlling Lebanon since its humble 1985 beginnings. It dominates the country’s domestic and foreign policy and operates a military machine superior to the national army. It has the final say on making governmental, administrative, and judicial appointments, and its interaction with Lebanese political groups has shown that it has no intention of truly assimilating into Lebanese political practices, not least since its Islamist Shiite orientation precludes its ability for a meaningful dialogue (as opposed to tactical alliances) with the Sunnis. Moreover, the Iranian paradigm of wilayat al-faqih, to which Hezbollah subscribes, baffles many critical-minded Shiites. Not surprisingly, Ahmad al-Asaad, leader of the fledgling Shiite party, the Lebanese New Option Gathering, believes that “we must get rid of Hezbollah in order to build a viable state.”

In the PUG model, like the Hezbollah model, Hamas will run much of the show behind the scenes and also get to keep its independent army and weapons.

Lee Smith points out that:

Hamas officials boast that they are now employing the “Hezbollah model”—i.e., becoming a political party that avoids responsibility for governance, while also maintaining an independent military organization that engages in terrorism. In other words, the PA will serve as legitimate cover while the Islamic resistance continues to wage its war of liberation against Israel. After all, Washington continues to fund the Lebanese Armed Forces, even as it is common knowledge that the LAF is under Hezbollah control. So, why wouldn’t the White House fund the PA?

Lebanon is in an official state of war with Israel. 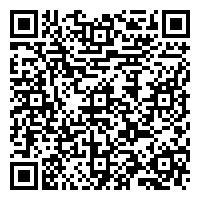