On Friday afternoon, President Obama nominated Sen. John Kerry (D-Mass.) as secretary of state. “John has played a central role in every major foreign policy debate for nearly 30 years,” Obama told the press at White House. “As we turn the page on a decade of war, he understands that we’ve got to harness all elements of American power and ensure that they’re working together – diplomatic and development, economic and political, military and intelligence – as well as the power of our values which inspire so many people around the world.”

The 2004 Democratic presidential nominee Kerry is chairman of the Senate Foreign Relations committee and should be easily approved by that same body.


But if Senators who consider themselves friends of Israel objected stubbornly to the appointment of Ambassador Susan Rice to succeed Secretary Clinton, they should be practically throwing themselves at the committee chamber’s doors to block Kerry’s nomination.

Simply put, Kerry is an Arabist. Except that while in the past an Arabist meant you promoted the view that the U.S. should favor Saudi interests over those of Israel – pretty much the Dept. of State’s fundamental policy – Kerry’s Arabism tends to favor the more extremist Arabs.

As such, Senator Kerry served as a reliable go-between for Obama in his developing relationship with the Muslim Brothers.

Back in June, 2009, Khaled Hamza, editor of the Muslim Brotherhood website, told reporters that 10 members of the Brotherhood’s parliamentary bloc received official invitations to attend Obama’s speech at Al Azhar University in Cairo.

Also in 2009, the Egyptian daily Almasry Alyoum reported on an Obama meeting with U.S. and European-based representatives of Egypt’s Muslim Brotherhood.

The Brotherhood insisted that the meeting be publicized, and stated that they had shared with the president their support for democracy and the war on terror.

According to Alyoum, Brotherhood members told Obama that, once they took power in Egypt, they would abide by all the agreements Egypt had signed with foreign countries, meaning the peace treaty with Israel.

At some point, the Muslim Brotherhood came up with the idea of a “renaissance project,” comprising short-, mid- and long-term visions for Egypt’s administration, education program, health problems and economy.

It is unclear whether the project was conceived independently by the young professionals and technocrats at the second leadership tier of the Freedom and Justice Party, the Muslim Brothers parliamentary entity—or was the brainchild of the White House, which has been painfully aware of the miserable conditions of the majority of Egyptians under Hosni Mubarak’s rule—or both. But it’s more than conceivable that the Obama Administration had been plotting with the Brotherhood years before the first Egyptian yelled out the first slogan in Tahrir Square.

In 2011, before anyone knew for sure that the old regime was done for, the Brotherhood tasked Khairat al-Shater, a deputy to the movement’s boss, Supreme Guide Mohamed Badie, with preparing the Renaissance project. Egypt Independent reported at the time that al-Shater was hiring consultants from Turkey, Malaysia, South Africa and Singapore, in addition to Egyptian experts, to devise the project.

Any guesses as to where the unspecified “large budget” had come from?

In May of this year, Al Ahram reported about Kerry’s meeting with Muslim Brotherhood presidential candidate Mohamed Morsi. The Brotherhood was on its way to capturing power in Egypt, and Obama was sending his most trusted man to make sure things were working according to plan.

Khaled Kazzaz, a senior member of the Muslim Brotherhood’s Freedom and Justice Party, told Al Ahram at the time: “The visit comes in the context of the U.S. government’s concern over Egypt’s democratic transition, witnessing the evolution of the political scene in the transitional phase, becoming familiar with the FJP’s presidential candidate and reviewing the renaissance project.”

Practically since the beginning of Obama’s term in office, the Mubarak regime was complaining about U.S. involvement in fomenting revolution in Egypt. But there’s a big difference between keeping in touch with opposition leaders in a given country, and actually plotting to unseat a government. Add to that the idea of what seems like a nation building project, and the emerging image of President Obama starts to match the worst nightmares of some of his voters. 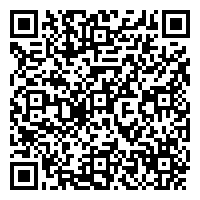