Keith Krivitzky is the executive director of the Jewish Federation of Monmouth County.  He told The Jewish Press that while there are certainly Jewish families in the Monmouth Heights neighborhood, he didn’t think there was a higher concentration there than in the rest of Western Monmouth County.  “In fact,” Krivitizky said, “there isn’t even a single synagogue in that neighborhood,” although there are many elsewhere in the county.

While the choice of location may have been puzzling, the timing was less so.

In what some could call an act of prescience, the Monmouth County Federation had provided a “security preparedness workshop” to synagogue representatives and Jewish organizational leadership just hours before the attack occurred.  Krivitzky explained that there are “ongoing security awareness events and discussions throughout the year, but the workshop held on the evening of September 5 was set in advance of the Jewish high holidays,”  a time when Jews are more visible and, perhaps, more vulnerable.

It’s a tricky balance to ensure that the Jewish community is able to present a “warm and welcoming face, but at the same time we have the need to remain security conscious,” said Krivitzky.  He also said that while “the hate-graffiti was shocking, we have a great, longstanding relationship with the Manalapan Township Police Department and we have complete confidence that they will devote all the necessary attention to resolving this incident.”

The Monmouth County Board of Freeholders issued a press release condemning the hate wave.

Freeholder Deputy Director Thomas A. Arnone said “Religious persecution in any form is contrary to the founding principals of America.  While we’d like to think the treatment of the Jews during World War II taught us right from wrong, the sad fact is the lesson was lost on some people. I personally find this kind of vandalism despicable.”

The Manalapan Township Bias Crimes Unit is working on the investigation which has been labelled a hate crime.

Acting Monmouth County Prosecutor Christopher J. Gramiccioni assured The Jewish Press that although he could not provide details on the record because the investigation is ongoing, the Prosecutor’s Office, working in coordination with the Manalapan Township Police Department, is fully engaged.

Krivitzky said that the Manalapan Township Public Works Department were brought in and “all traces of the offensive attacks are gone.” 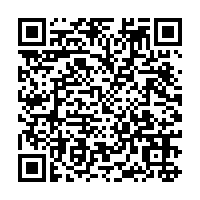