(JNi.media) Israeli UN Envoy Danny Danon told Secretary-General Ban Ki-moon Wednesday that “anti-Semitism has no place in the halls of the United Nations and must be denounced.” He added: I call on you to repudiate this sinister accusation and to condemn the ongoing incitement by Palestinian leaders.”

The most recent Palestinian sinister accusation, which followed the lie of Israeli soldiers executing Arab children in the streets, came from Palestinian Permanent Observer to the UN Riyad Mansour, who submitted a formal complaint against Israel Wednesday, for harvesting dead Arab terrorists’ bodies for parts.


“A medical examination conducted on bodies of Palestinians returned after they were killed by the occupying power found that they were missing organs,” Mansour complained.

Danon insists that the UN must condemn in no uncertain terms “the Palestinian representative’s inflammatory statements and remove anti-Semitism from the hallways of the United Nations.”

Israel’s policy regarding returning the bodies of killed Arab terrorists to their families has appeared inconsistent, to say the least. Defense Minister Moshe Ya’alon explained on Wednesday that the reason for the confusion has to do not with a power play, as suggested by Palestinian media, or by a desire to cause the families some extra suffering—also a suggestion posted by Ma’an news agency, but pure security considerations.

Ya’alon told the Knesset plenum that “holding the bodies by itself does not deter potential terrorists, as opposed to house demolitions or revocation of residency, which we can prove are effective dissuasive measures.”

The defense minister said that in a Cabinet debate it had been decided to authorize the Prime Minister, in consultation with the Ministers of Defense and Public Security, to decide each case on its merits.

“The way that was chosen is to return the bodies to families on condition that the family is committed to a modest, quiet funeral, without propaganda and without Incitement. And so we started to return bodies and there were several funerals that took place this way, until the funeral that featured incitement and propaganda (in Hebron this week) — so we stopped the return of the bodies,” the Defense Minister explained.

“The issue, of course, is still pending,” Ya’alon said, “and when we are not sure if the funeral would be held in a quiet and modest fashion, and suspect there could be incitement, we don’t return the body. So that [despite appearances] the policy is coherent and balanced in accordance with moral, ethical, and security considerations.” 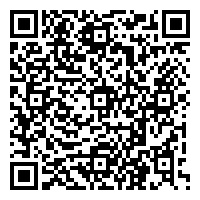