Tzipi Livni is forgoing her rotation agreement with Yitzchak Herzog, to help the Zionist Union (Labor) build a coalition.

Though, just 2 hours earlier, Yitzchak Herzog said the deal is still on.

Livni is anything but popular among the Labor party activists, and Netanyahu’s repeatedly identifying the pair as Livniherzog (one word) certainly didn’t help.

Some early polls indicated that if the rotation deal were canceled, so Livni would not be prime minister, the Zionist Union could get 2 more seats.

Livni reportedly said she would agree to cancel the rotation deal if that is what is needed to form a coalition.

Before Livni merged her Hatnua party with Labor, all the polls showed that Hatnua was not even going to pass the minimum electoral threshold. 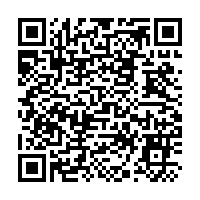