It was the custom in Eastern Europe to have traveling maggidim visit towns for Shabbos and, in thundering oratory, reprimand the people for their sins. Many rabbanim did not approve of these maggidim because they would be very sharp in their attacks and condemn the people mercilessly. Furthermore, they would usually ask for money and the rabbanim felt this reflected badly on the speech, since it seemed that the reprimand was not necessarily sincere but made for the purpose of getting money.

As one rav put it: “The one who reprimands is like a shofar, as it is said in Yishaya: ‘Cry out with your throat, do not keep back; like a shofar raise your voice.’ And there is a clear halacha that a shofar that is covered with gold is invalid.”

Reb Elimelech, like his brother, Reb Zushe, was different. Not only didn’t he take money for a speech, but if he came into a town and heard that Shabbos was not being kept the way it should, he would ask the heads of the synagogue for permission to speak and he would begin to reprimand – not the people – but himself.

He would say: “Elimelech, woe unto you on the day of judgment for not honoring Shabbos properly. Do you not realize the holiness and sanctity of the day of rest? How great is the reward for one who observes it and how great the punishment for one who desecrates it.”

The people would sit and watch in amazement as Reb Elimelech chastised himself, never once referring to them. But the words would penetrate their hearts and each would say to himself: “But I, too, am doing this terrible thing.” In this way Reb Elimelech would inspire the people to teshuvah. 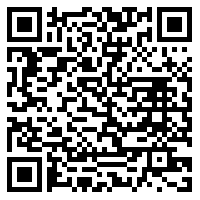