Legendary singer, songwriter and musician Lou Reed, whose hits Walk on the Wild Side and Perfect Day are still as charged with electricity today as they were a few decades ago, died at age 71, according to Rolling Stone.

With the Velvet Underground in the late Sixties, Reed fused street-level urgency with European avant-garde music, and leading the trend of rock & roll lyrics being pushed from stupid to poetic.


A restlessly inventive solo artist over the past 40 years, he was harsh, unpredictable and challenging. His enormous fingerprints have been pressed on glitter rock, punk and alternative rock. The RS quotes him as describing his minimalist guitar playing style: “One chord is fine, two chords are pushing it, three chords and you’re into jazz.”

More from RS: Lewis Allan “Lou” Reed was born in Brooklyn, in 1942. A fan of doo-wop and early rock & roll, Reed studied at Syracuse University with poet Delmore Schwartz. After college, he was staff songwriter for the novelty label Pickwick Records (where he had a minor hit in 1964, a dance-song parody called “The Ostrich”). In the mid-Sixties, Reed befriended Welsh musician John Cale, a classically trained violist who had performed with groundbreaking minimalist composer La Monte Young. Reed and Cale formed a band called the Primitives, then changed their name to the Warlocks. After meeting guitarist Sterling Morrison and drummer Maureen Tucker, they became the Velvet Underground. With a stark sound and ominous look, the band caught the attention of Andy Warhol, who incorporated the Velvets into his Exploding Plastic Inevitable. “Andy would show his movies on us,” Reed said. “We wore black so you could see the movie. But we were all wearing black anyway.”

I saw Lou Reed and Laurie Anderson performing a piece called Song of Songs at the Henry Street Art Center in Lower Manhattan, 2010. It was powerful and gutsy and, in its way, awesomely Jewish. I couldn’t find that piece online, but here’s a work called “In our Sleep” which they did together at about the same time.

May his soul be bound in the bond of life. 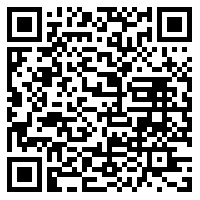