A rash of “clowns” has begun to make the rounds of Israeli towns after dark, spooking adult residents and children.

Eight minors so far have been detained by police on suspicion of dressing up as clowns and lurking in the shadows in public areas after nightfall, trying to frighten people.


Two teens were detained Monday in the Tel Aviv suburb of Holon for pulling this stunt with clown masks in a public park, according to police. They were released after confessing to the crime and expressing regret for their actions, police said.

Two 14-year-olds dressed in costume told police they were “clowning around” when they were detained in Kiryat Gat for scaring people in a park.

The trend has reached the northern city of Afula, and the northeastern Negev city of Arad, where police say the “clowns” have been spotted in parks in several neighborhoods around the community.

According to a report broadcast on Israel’s Channel 2 television news, residents in the southern cities of Ashdod, Ofakim and Dimona have all noticed similar incidents, most taking place in the late evening hours.

Four youngsters ages 10 and 11 were arrested in an undercover operation in Dimona response to the rising trend, Channel 2 reported. One resident in the city told the news team he was the target of a “clowning” by someone in a clown costume in the middle of the night as he was coming home from work, but it was the clown who was lucky in the case, not him.

“Someone jumped behind me with a clown costume and yelled at me,” he said. “Lucky I didn’t have a heart attack. I had a pistol, and it’s lucky I didn’t shoot him by mistake. This is really not funny.” 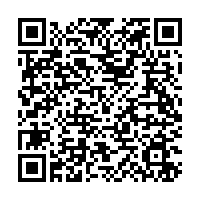